Drawn to the raw and engaging indie rock scene emerging from the UK, Swedish Jen Ahlkvist and Fanny Broberg packed up themselves and their guitars to came to London intent on carving out a new vital sound. After crossing paths with bassist Zoe Biggs and drummer Lexi Clark, The Franklys were formed with a determination for creating energetic and powerful garage rock.

Wasting no time, the band threw themselves into relentless touring, extending their reach across the UK, Europe and America. After performances at Isle of Wight and Download festivals, they completed the circuit of O2 venues in the UK opening up for Airbourne. The Franklys went on to feature in an Apple Music advert, exclusively aired during The Brit Awards 2017, and released their debut album ‘Are You Listening?’ later that same year. The release of their single ‘Castaway’ from the album was described as ‘the best thing they’ve done to date’ by Steve Lamacq of BBC 6 Music.

The band have built a reputation in London and beyond as a ‘must see’ live band, combining dark and heavy riffs with frenetic and dynamic on stage performances. 2018 saw The Franklys complete four European tours alongside various UK dates, and in 2019 the band recorded and released the ‘Framed’ EP.

“The Franklys come on with a smattering of Hives gusto” –NME

“Fun filled garage rock with a pop twist, The Franklys have a feminine edge which sets them apart from their more laddish contemporaries.” –CLASH

“Indie-rock four-piece The Franklys have the kind of raw, gutsy energy in their songs that I aspire to have in real life. In-your-face and awesome, their tracks are almost guaranteed to make you feel a little bit invincible.” –DIVA Magazine

“Garage in style, they do not do quiet. The Franklys’ world is brash, playful and empowered.” –God Is In The TV Zine 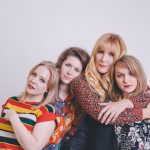 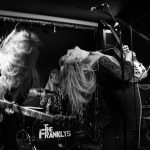 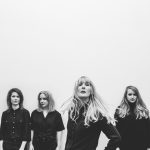 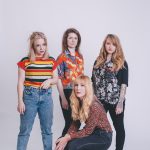 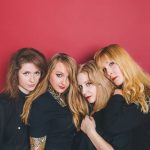 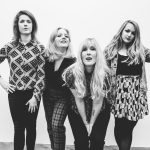 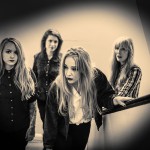 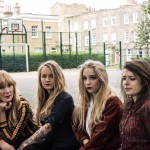